Excellence is our brand

Our work is focused on the search for excellence and experience with the leading global manufacturers of medical devices.

We know that improving the provider’s economic performance directly impacts the effectiveness and quality of treatments, as well as in the variables that interfere in the recovery of a patient. Therefore, we aim to provide agile, assertive, and effective service to reduce the device downtime and optimize the whole process, including the treatment.

Invita Medical is the result of the collaboration and competences from experienced and high-qualified professionals in different areas in the health service. 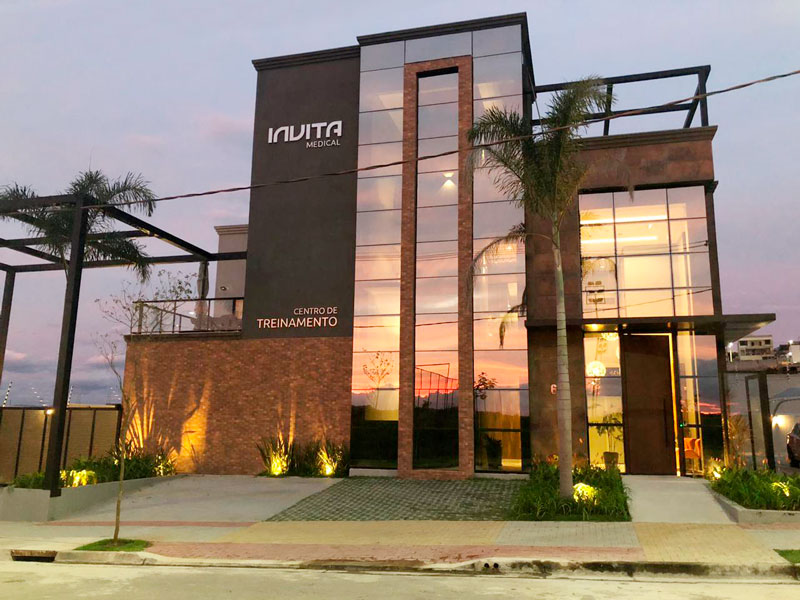 To provide resources of excellence and humanized service to manage health technology.

Empathy and respect for people.
Productivity and quality.
Excellence and effectiveness.

A linear particle accelerator, known as linac, is a type of particle accelerator that accelerates the kinetic energy of ions by subjecting the charged particles to a series of oscillating electric potentials along a linear beamline. The principles for such machines were proposed by Gustav Ising in 1924, while the first machine that worked was constructed by Rolf Widerøe in 1928 at the RWTH Aachen University. Linacs have a lot of applications: they generate X-rays and high energy electrons for medicinal purposes in radiation therapy, serve as particle injectors for high energy accelerators, and are used directly to achieve the highest kinetic energy for light particles (electrons and positrons) for particle physics.

Linac-based radiation therapy for cancer treatment began with the first patient treated in 1953 in London, UK, at the Hammersmith Hospital, with an 8 MV machine built by Metropolitan-Vickers and installed in 1952, as the first dedicated medical linac. A short while later in 1954, a 6 MV linac was installed in Stanford, USA, which began treatments in 1956.

Medical linear accelerators accelerate electrons using a tuned-cavity waveguide, in which the RF power creates a standing-wave. Some linacs have short, vertically mounted waveguides, while higher energy machines tend to have a horizontal, longer waveguide and a bending magnet to turn the beam vertically towards the patient. Medical linacs use monoenergetic electron beams between 4 and 25 MeV, giving an X-ray output with a spectrum of energies up to and including the electron energy when the electrons are directed at a high-density target. The electrons or X-rays can be used to treat both benign and malignant diseases. The LINAC produces a reliable, flexible and accurate radiation beam.

Radiation therapy or radiotherapy, often abbreviated as RT, RTx, or XRT, is a therapy using ionizing radiation, usually as a part of cancer treatment to control or kill malignant cells and normally delivered by a linear accelerator. Radiation therapy may be curative in a number of types of cancer if they are localized in one area of the body. It may also be used as part of adjuvant therapy to prevent tumor recurrence after surgery to remove a primary malignant tumor (for example, early stages of breast cancer). Radiation therapy is synergistic with chemotherapy, and has been used before, during, and after chemotherapy in susceptible cancers. The subspecialty of oncology concerned with radiotherapy is called radiation oncology.

The response of a cancer to radiation is described by its radiosensitivity. Highly radiosensitive cancer cells are rapidly killed by modest doses of radiation. These include leukemias, most lymphomas and germ cell tumors. The majority of epithelial cancers are only moderately radiosensitive, and require a significantly higher dose of radiation (60-70 Gy) to achieve a radical cure. Some types of cancer are notably radioresistant, that is, much higher doses are required to produce a radical cure than may be safe in clinical practice. Renal cell cancer and melanoma are generally considered to be radioresistant but radiation therapy is still a palliative option for many patients with metastatic melanoma. Combining radiation therapy with immunotherapy is an active area of investigation and has shown some promise for melanoma and other cancers.